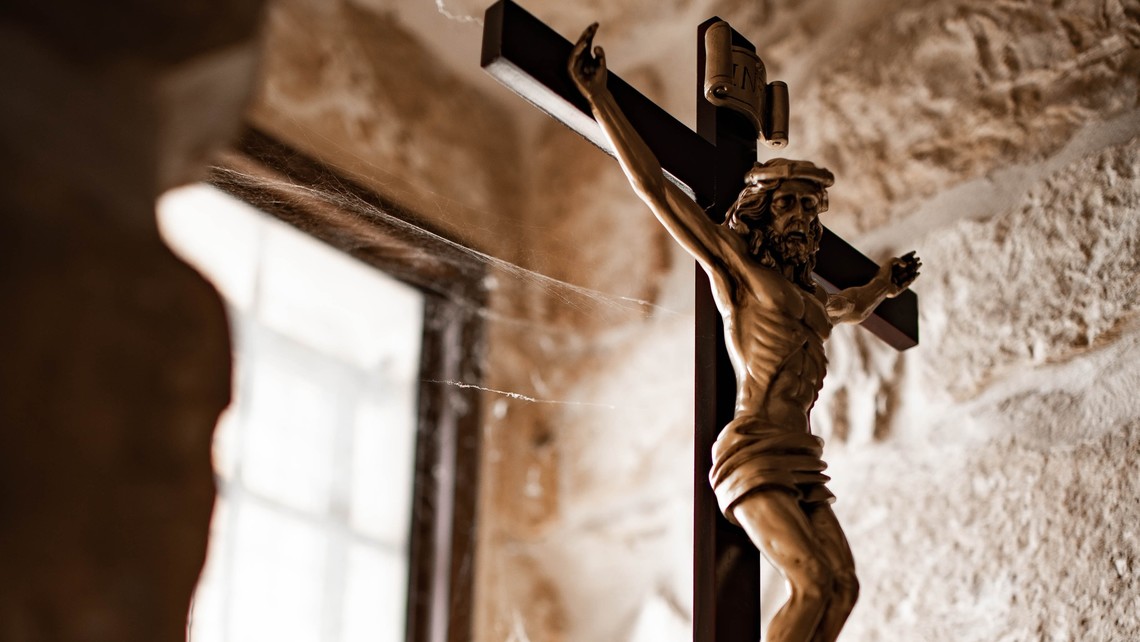 Holy Mass Explained in terms of reverence and comparing the differences between the Traditional Latin Mass and Ordinary Form.

We were at Mass in one of the Mission Churches founded by St. Junipero Sera.  It was a beautiful Church with incredible art from hundreds of years ago.  The priest began the Prayers of the Faithful and said, "Please mention your prayer intentions so we can offer them to God".

One person said, "For my uncle, let us pray to the Lord."

Another yelled out, "For my pregnant friend, let us pray to the Lord."

Then a woman shouted, "In the words of the great Mahatma Ghandi, 'Earth provides enough to satisfy everyone's needs, but not everyone's greed', may there be a spirit of peace and unity in our environment and in the hearts of all, let us pray to the Lord"

Needless to say, we were livid.

Is shouting across the church, allowing a pantheistic quotation, and permitting a free for all, appropriate in the presence of Jesus Christ in the Eucharist, let alone, during Holy Mass?

Sadly, this was not the first time we have been subjected to a Prayers of the Faithful free for all.

What does reverence mean for you?

When explaining the topic of reverence at Holy Mass comes up, many people agree that "reverence" is good.

But, for some, reverence is guitars, clapping, holding hands, and walking all over the church to shake everyone’s hand at the sign of peace.

For others, it’s a cantor singing all 16 verses of a hymn, a few extraordinary minsters, and children being blessed during Communion.

This way of looking at the Holy Mass is problematic because it is all about subjective taste and preference and has little to do with what the Mass is really about.

It’s no different from preferring coffee to tea when eating breakfast.

The Holy Mass is not about subjective tastes and preferences; it is about the re-presentation of the crucifixion on Calvary, right and ordered worship of God, and what is good and pleasing to Him, not us.

First, to get it out of the way, it is hard not to agree that the Traditional Latin Mass (TLM) or Extraordinary Form is the gold standard.  The core of the form has been around for over 1500 years and has produced thousands of great saints.  It’s called the Mass of Ages for a reason.

It is essential to investigate this before just agreeing or disagreeing.  This is a contentious subject for many, and it causes all kinds of disunity in the Church.

What makes the Traditional Latin Mass so special to people and why when many thought it was dead, did it come roaring back?

It is because the Traditional Latin Mass, in the core of its form, is oriented towards Jesus Christ and the crucifixion, the ultimate sacrifice.  The people face God ad orientem. The priest, in persona Christi (also facing God, ad orientem) leads the people in worship. If it is a High Mass, the polyphony or Gregorian chant signals God’s grandeur. The incense and the architecture raise the eyes up towards the Heavens where God is. The altar boys (leaders in training) pray in unison with the priest.  Every knee bends throughout much of the Mass as a sign of lowering oneself respectfully and reverently in the midst of God.  The congregation prayerfully practices holy silence and receives the Eucharist only while kneeling and on the tongue, as a sign of reverencing the true presence of God in the Eucharist (source and summit of the Christian Life). Only the blessed hands of a priest touch the Almighty God.

Finally, the Traditional Latin Mass is prayed in Latin, which is the universal language of the Church.  Jesus himself very likely spoke Latin, in addition to Aramaic, because how else did he converse with Pontius Pilot?

In short, every gesture, prayer, and aspect of the Traditional Latin Mass puts Christ and his unfathomable sacrifice at the center of the Mass.

It has made an incredible come back because it was sacred 1500 years ago; it was sacred in the 1960's, and it's sacred now.  As the world becomes more chaotic, serious Catholics are more attracted to the properly, time-tested, Christ-centered, ordered worship found and maintained in the Traditional Latin Mass.

Okay, but what about the Novus Ordo Mass or Ordinary Form?

In many cases, the Novus Ordo or Ordinary Form is reverently offered in accordance with tradition.

But if you are from out of town, then the Novus Ordo is like a box of chocolates.  You never know what you are going to get.

If the Ordinary Form Mass is offered with every gesture, prayer, and aspect of the Mass, placing Christ and his unfathomable sacrifice at the center of the Mass, then it can be just as reverent as the Traditional Latin Mass.

As Catholics, we should love both forms.  But it's difficult to love the Novus Ordo because the level of reverence is unpredictable from one parish or priest to the next.  In general, the Novus Ordo is a free for all.

So, why do you think the Ordinary Form/Novus Ordo at many times not reverent?

Many people, including many priests, are confused and do not realize that the Holy Mass is the re-presentation of Christ's crucifixion on Calvary.  When the priest utters the words of the consecration, many people highlight and think about the Last Supper as a communal meal.  Even though at the Last Supper, the Eucharist was instituted and its unitive aspect of the Mass is very important, it has overshadowed the solemn sacrificial aspect in many people’s understanding.  This is why people will hold hands during the Our Father, praying before the meal.  Everyone wants to participate, like the Extraordinary Minster who “cleans the dishes” after Communion or the usher who greets, shakes hands, and directs people to get their serving.  This shift away from reverencing God and His loving sacrifice, and focusing instead towards one another sharing a Christian fellowship meal is what has caused the Ordinary Form of the Mass to become less reverent than the gold standard Traditional Latin Mass.

It is believed that this is what has led to many people no longer believe in the real presence.

Therefore, when judging a Mass to be "reverent", the question to be asking is, is Christ and His sacrifice the focus of the Mass or is it the community and the music?

I hope this helps you understand a little better what is meant by a reverent Catholic Mass.

If you want to learn more about the importance of the Mass in general, check out our post on What is the Holy Mass, According to Experts.

Or if you want to help bring more Reverence to Mass and are looking for tips, check out our post on 6 Ways to Personally Have More Reverence in Church and at Mass

In later posts we will specifically go through architecture, music, language, art, and other aspects and what is appropriate or not.  In the meantime, download the reverence meter to determine how reverent your Church is and if it’s not on the list and should be, let us know so that we can add it!