What Everyone Should Know About Ad Orientem Worship 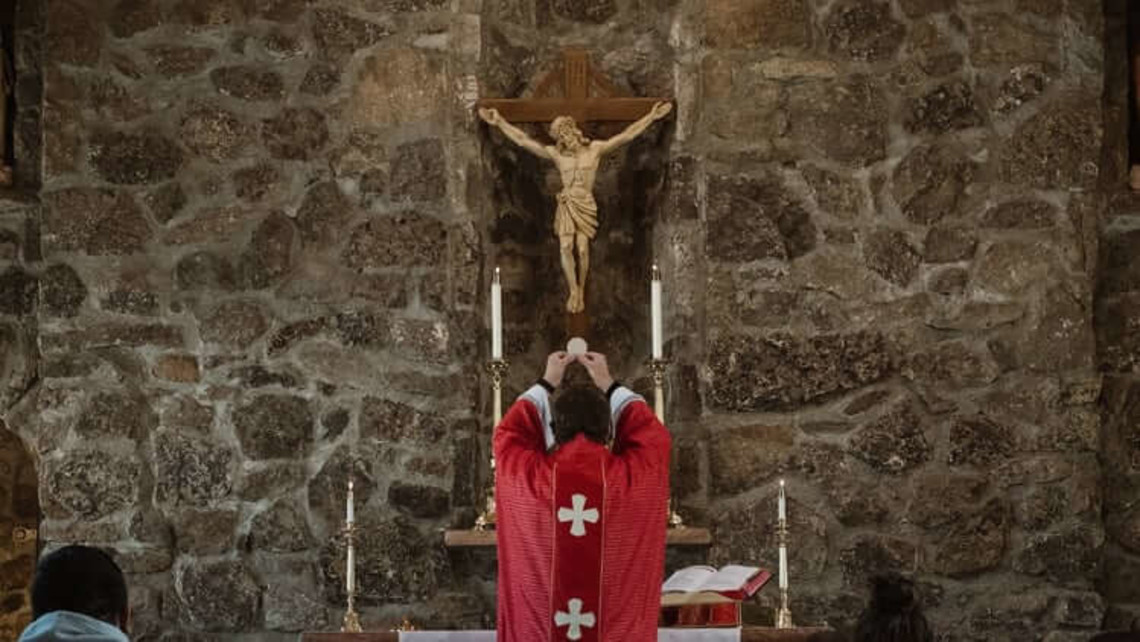 What Eveyone Should Know About Ad Orientem Worship

A simple rundown of what Ad Orientem worship is and why there is no reason it should be a divisive topic.

All I could see was Jesus, nailed to the cross, hanging there in agony.

"For this is my body, which will be given up for you." Said the priest.

Then I saw the host elevated, eclipsing the crucifix.

I was there with Jesus, at Calvary, and nothing else mattered.

It was an Ad Orientem, Novus Ordo Mass at Christmas and I’ll never forget it.

Most of the issues stem from the confusing implementation of the Vatican II Document, Sacrosanctum Concilium, and its encouragement of active participation from the laity during Mass.

This is how Catholics have always worshipped the Lord and, according to Sacrosanctum Concilium and the General Instruction of the Roman Missal, should continue to worship Him. The former indeed had also justifications of divine service, and a worldly sanctuary. For there was a tabernacle made the first, wherein were the candlesticks, and the table, and the setting forth of loaves, which is called the holy. And after the second veil, the tabernacle, which is called the holy of holies: Having a golden censer, and the ark of the testament covered about on every part with gold…

Now these things being thus ordered, into the first tabernacle the priests indeed always entered, accomplishing the offices of sacrifices. But into the second, the high priest alone, once a year: not without blood, which he offereth for his own, and the people's ignorance…

But Christ, being come an high priest of the good things to come, by a greater and more perfect tabernacle not made with hand, that is, not of this creation:  Neither by the blood of goats, or of calves, but by his own blood, entered once into the holies, having obtained eternal redemption.  For if the blood of goats and of oxen, and the ashes of an heifer being sprinkled, sanctify such as are defiled, to the cleansing of the flesh: How much more shall the blood of Christ, who by the Holy Ghost offered himself unspotted unto God, cleanse our conscience from dead works, to serve the living God? (Douy-Rheims)

Related: What Everyone Should Know About How To Receive Holy Communion The Catholic priest, Ad Orientem, (Facing East toward Jerusalem) in persona Christi (the High Priest Jesus Christ) during Mass, in the re-presentation of the sacrifice of the crucifixion, leads us out of our earthly bondage of sin and death to the Heavenly Jerusalem.

" For every high priest taken from among men, is ordained for men in the things that appertain to God, that he may offer up gifts and sacrifices for sins:…And therefore he ought, as for the people, so also for himself, to offer for sins. Neither doth any man take the honour to himself, but he that is called by God, as Aaron was." (Douy-Rheims)

When the priest faces us or at least faces away from the Lord, it disorients the Mass and inverts it.  The priest, in his posture, no longer leads the laity toward God.  It orients the sacrifice and offering toward the creature instead of the Creator.

To be in union and to have a common posture means that everyone, including the priest, is in union facing the Lord in the same direction.

Finally, with so many Catholics who do not even believe in the Real Presence, it’s more important than ever that the Mass reflects the reality of what is transpiring in front of us.  This means reverently offering the Mass in the light of tradition.  The phrase “Lex Orandi, Lex Credendi” has been making a comeback recently and the truth it speaks aligns perfectly with the reason Ad Orientem is so important. “As we pray, so we believe”.

Become a Premium Supporter and gain access to our private group and the most authoritative list of faithful Catholic locations mapped out across the United States!